Home > Burgundy wines going down well in the export market

Burgundy wines going down well in the export market

The 152nd Hospices de Beaune Wine Auction, held on 18 November 2012, proved that Burgundy wines are in excellent health. They may not yet have returned to their 2008 levels, but worldwide exports of Burgundy wines are on the rise again. The auction of 44 wines (31 reds and 13 whites), the vast majority of which are grands crus, generated a record €5.26 million in revenue, most of which will go to fund charitable works. The Philippe Le Bon de Beaune hospital complex is one of the beneficiaries and will use the money to modernise its buildings and technical facilities. The auction acts as a point of reference for the price of Burgundy wines and, together with the gala dinner of the Confrérie des Chevaliers du Tastevin at the Château du Clos de Vougeot on the day before the sale, it represents one of the main events promoting Burgundy wines on the international stage. 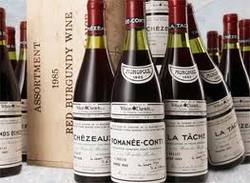 With 200 million bottles produced each year from 28,320 hectares (5% of French production), Burgundy is a small area in terms of volume in the wine world. But while Burgundy offers less choice than Bordeaux, it does produce some outstanding wines, including Chablis, Meursault, Nuits Saint Georges, Pommard, Puligny Montrachet, Vosne Romanée. These appellations enjoy a very strong reputation both in France and abroad and they produce some of the most desirable – and in some cases some of the most expensive – wines in the world. The result is that almost one bottle of Burgundy in two is sold abroad: a total of 96 million bottles.

And the export records are piling up. According to Pierre-Henri Gagey, president of the Bureau Interprofessionnel des Vins de Bourgogne (BIVB), which promotes Burgundy wines, “after being hit by the economic crisis, Burgundy wines have taken advantage of the recovery in the world wine trade, particularly on the Asian market.”

Export volumes are down compared with 2007 because of the sharp drop in sales in the United Kingdom, particularly of white wines. As a result, the United States continues to be the leading export market for Burgundy wines, generating turnover of €93.5 million (+13% compared with the reference period), ahead of the UK at €73.5 million (+17% by value but with no growth in volume).

Asia is a market with strong potential. Japan remains in third place by value at €70.4 million (+34%) for Burgundy wines, with consumption reaching record levels in 2011 in spite of the Fukushima disaster. Over the first eight months of 2012, these three leading markets represented half of all exports of Burgundy wines, or almost 28 million bottles, generating a turnover of €237 million.

Sales in Canada are doing well (+10% by value and +12% by volume), keeping it in fourth place thanks to a significant increase in sales in Quebec. It is followed by continental China and Hong Kong, which represent a market that is about to explode, with sales increasing almost 44% by value (to €27.55 million) and 31% by volume for the first eight months of 2012, compared with the same period in 2011. The Chinese favour quality over quantity, which is an approach that works well for the big names of Burgundy. Curiosity has also been piqued by the recent purchase of the Château de Gevrey Chambertin by a Chinese investor. The transaction caused some concern in Burgundy as to the future of the estate. For Philippe Longepierre, director of the Marketing and Development division of the BIVB, however, “the transaction, which was valued at €8 million, is not a bad thing: the new owner has entrusted the two hectares of vines to a Burgundy wine grower.”

Like all French wines, Burgundies suffer from being difficult to understand, given the complexity for the consumer of finding their way around all the appellations. “Burgundy wines have enormous charm,” according to Philippe Longepierre, “but they are not easy to understand. Obviously with grape varieties such as chardonnay and pinot noir, visibility is high and once they’ve tasted the wines, consumers get a taste for them and buy more upmarket products.” New World wines (mainly from Argentina, Australia and Chile), however, make the most of this by marketing their products solely by referring to the grape variety. With an attractive quality-price ratio they have become serious competitors for Burgundy wines.

Burgundy relies on the well-established quality of its wines to increase exports. The region is also keen to develop wine tourism to attract non-European clients, mainly from Latin America and Russia, who could be the future consumers of its famous vintages. It would be one way of counterbalancing the effects of protectionist barriers.

Finally, one of the profession’s other priorities is combating counterfeit products. In China, for example, you can find bottles of Romanée Conti – the most prized Burgundy red – that turn out to be a poor quality sparkling white.