Home > France ranked in the global top three for innovation

France ranked in the global top-three for innovation

There’s no shortage of innovation in France! In its October 2013 ranking of the world’s most innovative countries, the Thomson-Reuters Agency placed France in third position.

Twelve French groups among the world’s most innovative

In this ranking, the American agency lists the companies and research centres which are developing a highly dynamic patent policy (volume of patents published, the rate of granted patents and their influence). For 2013, the United States dominates the top 100 (45 patents taken out), ahead of Japan (28), with France in third place with 12 groups. Among these leaders in innovation, there are nine companies (Alcatel-Lucent, Arkema, EADS, L’Oréal, Michelin, Saint-Gobain, Thales, Safran and Valeo) and three public organizations (French Alternative Energies and Atomic Energy Commission (CEA), National Center for Scientific Research (CNRS) and IFP Energies Nouvelles). This prestigious list ranks France as Europe’s most innovative country, far ahead of Switzerland (4 companies), Germany (3) and Sweden (2).

In 2012, French companies and organizations allocated a budget of €38 billion to research and took out over 12,000 patents, according to the European Patent Office. This success is mainly due to the country’s innovation policy and the Research Tax Credit (CIR), a tax reduction calculated on the basis of research and development expenses incurred by companies. This tax assistance helps encourage innovative companies to increase their competitiveness, regardless of their area of activity, size and structure. 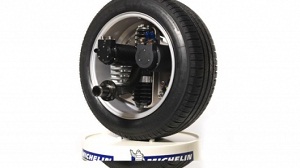 Many innovations have been created in France, including in the areas of scientific research (CEA, CNRS, IFP Technologies), aeronautics (EADS, Thales, Safran) and automobile equipment (Michelin, Valéo). Michelin is currently working on a genuine revolution, the Active Wheel; this is Michelin’s name for its wheels fitted with electric motors. One engine will drive the wheel while another will manage the suspension. This ecological system truly heralds the arrival of the independent wheel. 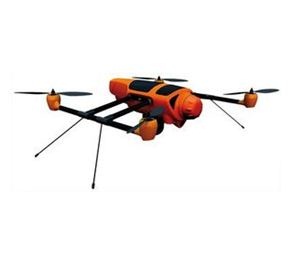 But it is not just multinationals which are making discoveries in France, as the French industrial fabric is also made up of small and medium enterprises (SMEs) which benefit from the national innovation policy. For example, France is the first country to have opened its airspace to civilian drones, a market worth an estimated €2 billion between now and 2015. In order to tap into this unique testing ground, Frédéric Serre co-founded the company Delta Drone, “The drone will be to aeronautics what mobiles have become to landlines. We are operating in an extremely promising market.” Today, these radio-controlled aerodynes are used to draw up topographical maps of quarries, or to inspect infrastructures or cereal farms, for example. Delta Drone was floated on the stock exchange last summer and has just opened a school to train remote pilots. This company has a targeted turnover of €10 million for 2014.

Innovations for a successful energy transition

Each day, French scientists are studying methods for producing sustainable energy, such as at French company Hydroquest which sells hydrokinetic turbines that harness the power of river currents to generate electricity. This future-oriented market is estimated to be worth €12 billion in the coming years. In the same sector, Algopack has just launched an alternative to the exclusive use of oil: this start-up produces a non-polluting plastic made exclusively from brown algae collected on the beach. Once buried underground, the solid matter retransforms into fertilizing algae within a few weeks.

In the energy sector, the French government encourages innovations. In September 2013, it launched 34 “industrial renewal” plans, several of which are intended to develop intelligent mobility: creating a car which consumes 2 litres of fuel per 100km, an ecological ship, “high-speed trains and cars of the future” and even an electric plane. According to McKinsey, together these projects offer a potential 480,000 jobs in the 10 years ahead and over €45 billion in added value. This can then be used to further boost France’s innovation capacity.